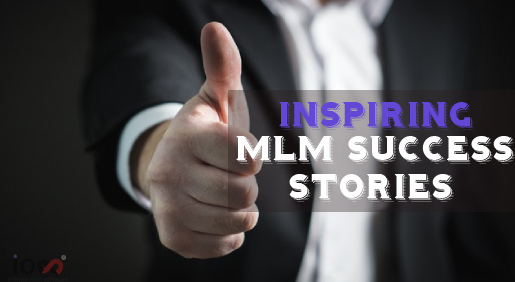 Read on and see how these stalwarts in the business performed to be in this list of top Network Marketing success stories!

Her MLM Success story in the Network Marketing business is beyond dreams. Ms. Sarah Robbins was leading a normal life and was a school teacher. The shaky economy drove her in constant fear of losing her job. In order to avoid a penniless situation in case she lost her job, she started selling Rodan and Fields products. Her only intention at that time was to earn a bit of extra cash to supplement her regular income.

With a bit of hard work, she could soon earn more than her regular income and decided that she would quit her job as a school teacher and concentrate fully on multi-level marketing. This decision fetched her six-figure income as a commission on sales. Sarah was so successful that she is the only consultant to date who was inducted into the Rodan + Fields Hall of Fame before the age of 20. She is also the first one to get into the Million Dollar Circle. Today, she is one of the top-selling consultants of the company.

Eric Worre is a veteran in the field of network marketing with an experience of nearly 30 years. eric worre net worth is around $40 million! Shocking, right?

Now, he has retired from the network marketing business as a distributor and is fully engaged in coaching other new recruits in the field and helping them to be successful network marketers. He started a platform called Network Marketing Pro and regularly gives presentations to his subscribers and audience.

In 2013, he wrote a book on the subject named Go Pro – 7 Steps to Becoming a Network Marketing Successful Professional that sold more than 1.5 million copies and is on the list of best sellers on Amazon.

Ray higdon began his real estate career in 2004 in Florida and was a successful financial consultant and a real estate executive who lost a lot of his business during the financial and real estate crash of 2008. He made a lot of money at the time from his real estate business but lost it all in the crash. In addition to his financial losses, he suffered personal losses as well and got separated from his wife after losing his house due to debt. At this juncture, he started dating a woman named Jessica. She was a network marketer herself and under her persuasion, he joined Numis, a multi-level marketing company.

By February 2011, he managed to earn $46,000 in a single month and had broken the previous earning records with the company. By June of that year, he had earned more than $52,000, another golden feather in his cap. He is now into network marketing consulting and devotes most of his time to offering advice and tips to help others to succeed in network marketing.

His net worth is approximately $15 million dollars.

Like almost all other network marketing success stories, Donna Johnson had very little to boast of when she started out in network marketing. She didn’t have a college degree and was a single mom. She was working as a swimming coach in her neighbourhood and income was very little.

Fast forward to 40 years later, her income is more than $1 million per year, and is the leader of one of the top network marketing companies in the world, Arbonne. This company is one of the top multi-level marketing companies in the world. Under her leadership, more than 1,000 people have reached the leadership level in Arbonne’s program. This is a designation that earns them a white Mercedes.

Donna has been very wise in deciding how to use her MLM earnings and has invested some of her earnings from her network marketing career and invested them in projects that give a great return on investment. She now runs a bed and breakfast in Jamaica and regularly donates a part of her earnings to charity. She is a patron of Streams of Mercy, a charity organisation that helps orphans in India and other third world countries.

Jerry Scribner was a usual American and was living a very average life. He had a construction job and was not at all fully satisfied with it. He is a huge supporter of warm market prospecting since it was a friend who introduced him to the multi-level marketing business. Since he was hugely in debt at that point in time and broke, he was quick enough to get into the business. From this hopeless financial situation, he went on to become one of the top earners in the industry. Right now, he is ranked as the #12 highest earner and has an $860 million company named Steam to his credit. He has opened up a blog channel where he shares his knowledge and the tips and tricks to succeed in the business. He also recommends books to read and videos to watch through the blog.

Mike Sims is a network marketer from Alabama. He attended Auburn University and after his graduation, he got a job in finance. He was dissatisfied with the 9 to 5 job and started on his network marketing career alongside his regular job. Initially, he started working with two network marketing companies and went on to become a top earner with each of them in a very short span of time. With just his contributions, the two companies managed to earn $500 million in revenue.

Mike also became one of the top earners and distributors with Zija International, a nutritional supplement and wellness company. He is also a winner of President Millionaire Rank with Wor(l)d Global Network. With immense experience and success in network marketing. Mike launched his own company, Mike Sims Worldwide. He specializes in real estate, apparel design, Forex currency traders, and venture capital investments.

Dakota McLearn is a unique entity in the networking marketing industry, which makes his MLM success story all the more impressive and unique. He was so successful in his network marketing career that he was able to earn enough income from his MLM company, Empower Network to enable him to retire at a very young age of 19.

Dakota is from Canada and was working for a long hour every day and 60-hour every week in the construction industry before he took a baby step in the network marketing industry. He was quite impaled by the idea of living from one paycheck to the other for the remainder of his life that he put his heart and mind in network marketing so that he could retire early.

Margie Aliprandi is extremely proud to proclaim herself as a self-made multi-millionaire. She is also kind enough to devote much of her time to help other people who are new into network marketing to earn a good income and become successful network marketers themselves.

Margie is a former beauty pageant winner who won both Miss Teenage Utah and Mrs. Utah. Her interest in pageants and pursuing her goals by maintaining a high level of self-confidence and self-esteem would go on to help her find success in network marketing.

Before she began her network marketing career, she was a music teacher and a single mom. She started with a MLM company called Neways International in 1989 and quickly became one of the company’s top-sellers. She was earning a five-figure monthly income in just her first year.

She went on to become the first distributor to earn the Crown Diamond ranking. This was the highest level of Neways International. Over the course of her network marketing career, she managed to build up a team of more than 250,000 people and is currently in the top 1 percent of network marketing producers.

Network marketing does not bring you success, fame, and fortune in very little time. Jordan Adler is a perfect example of that truth. He did not taste much success during his first ten years of his network marketing career. He worked with ten different companies and could not manage to recruit a single distributor for each of them. He soon went bankrupt and by the time he was 35, he was in debt of around $36,000 across 22 credit cards. He had just over $200 dollars in his bank account and was jobless for over 2 years. He earned a severance of $4000 per year from his old employer. His network marketing success story began much later. In the next 36 months, he earned more than 20 million from various network marketing companies. He is the author of Beach Money and is a TEDx speaker and a very successful writer.

Alexandra Laigle was an employee of the US Department of Defense and has had phenomenal success with Lularoe. In 2016, she sold around 1,000 items of clothing from the brand out of her home every month. Alexandra got in with the clothing brand in the early stages of its business and this proved to have had a hand in her enormous success. When she launched her own store in 2015, she had just 2,000 other consultants under her belt. That number grew over 35,000 now.

Due to her glorious success with the company, her husband has quit his regular job in the financial field to help her go on with her business. She still works with the Department of Defense and regularly sells $80,000 worth of clothes monthly and earns around a $21,000 bonus check from the company every year.

From the above top 10 Inspiring network marketing success stories, Sarah Robbins, Margie Aliprandi, and Jordan Alder are coming under Top MLM Earners in the world.

After reading the MLM Success Stories of famous Entrepreneurs do you wish to boost up your Network Marketing Business?MLM is a great career option if you are looking for a full-time job or a bit of extra cash to supplement your income. All you need is great skills for marketing and networking, along with a good MLM software to help you manage your recruits and their compensations very easily. If you are looking for good MLM software, contact Infinite MLM today! 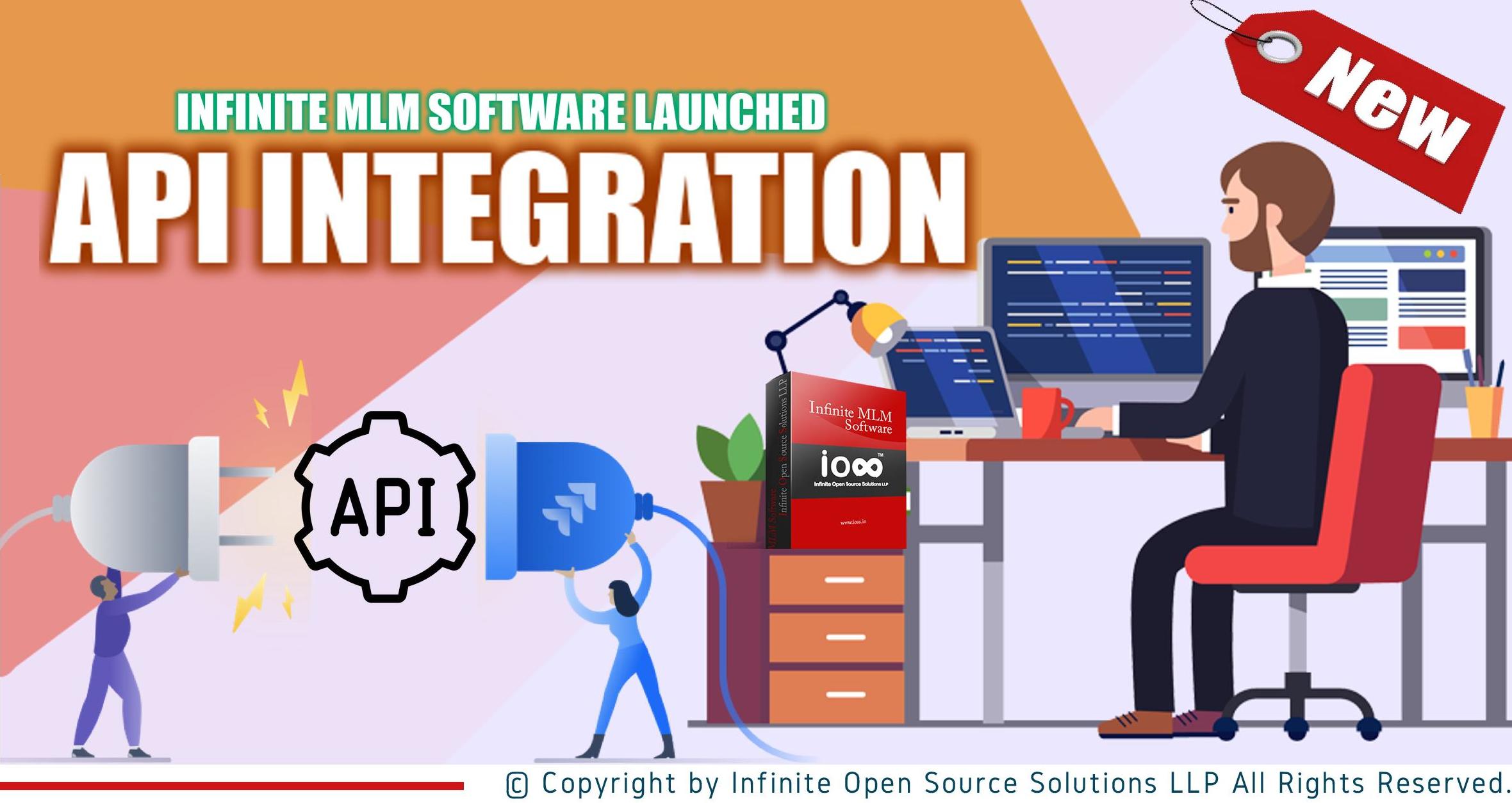 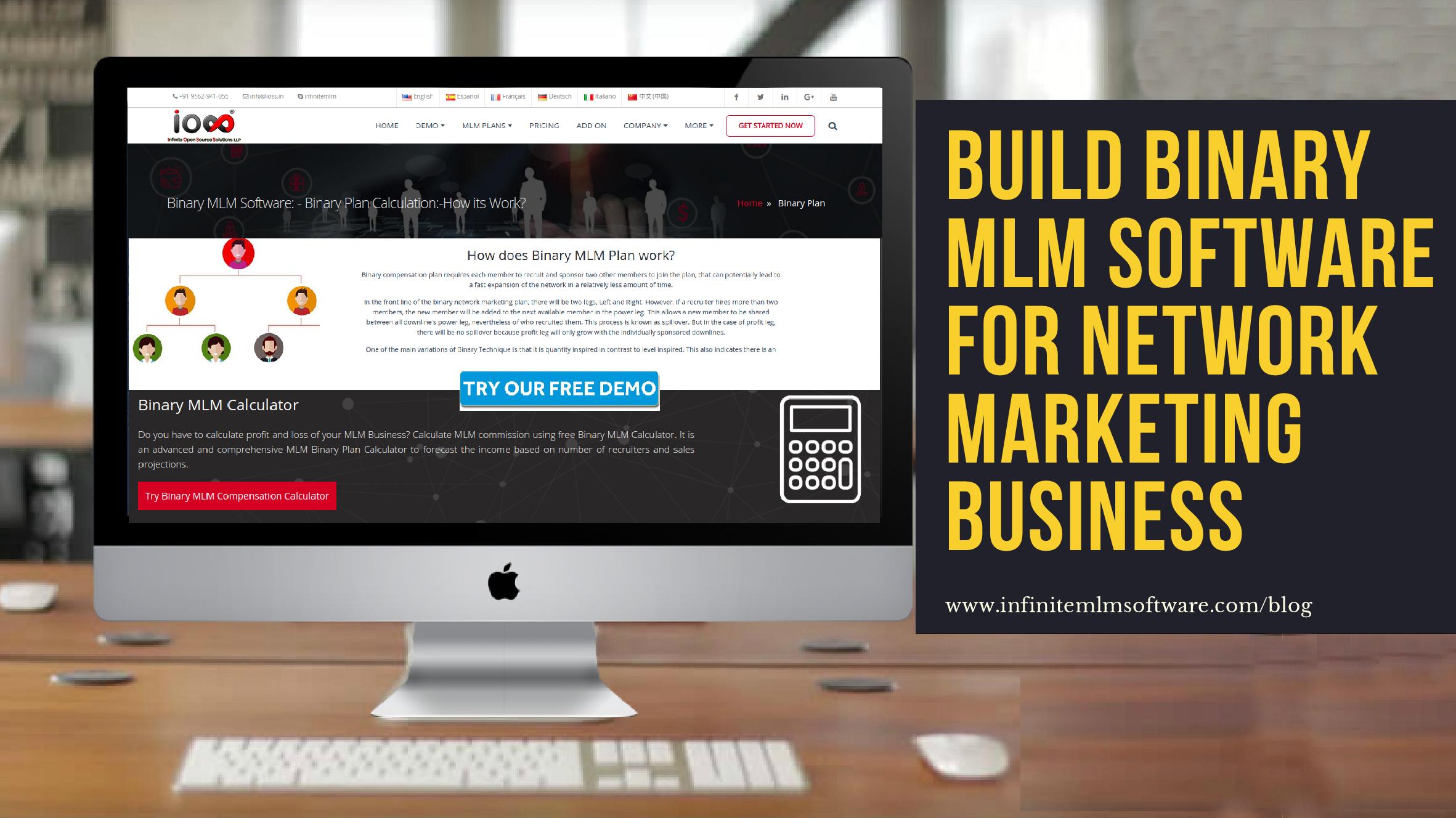 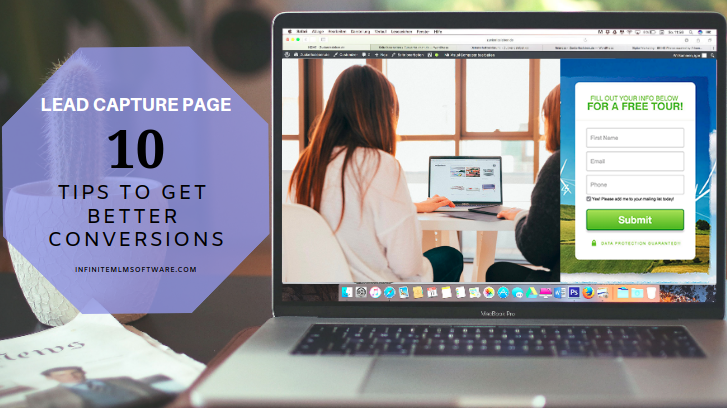 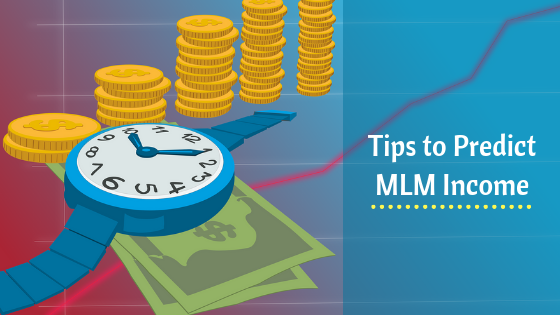 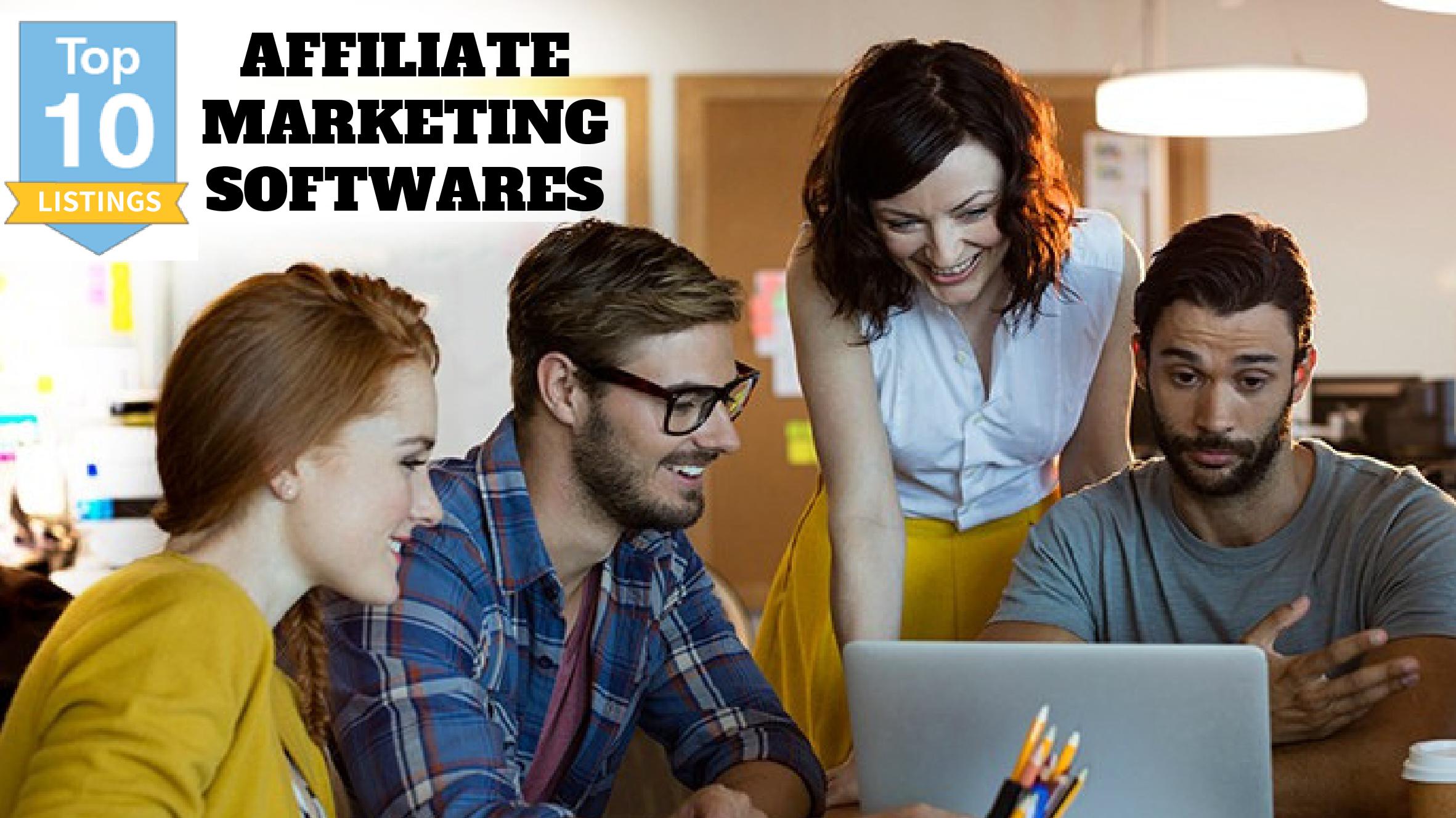 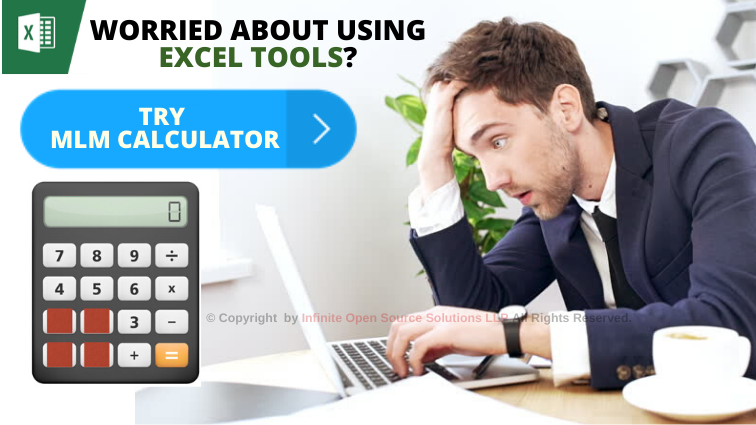 MLM Profit and Loss Calculator – are you worried about excel tools! 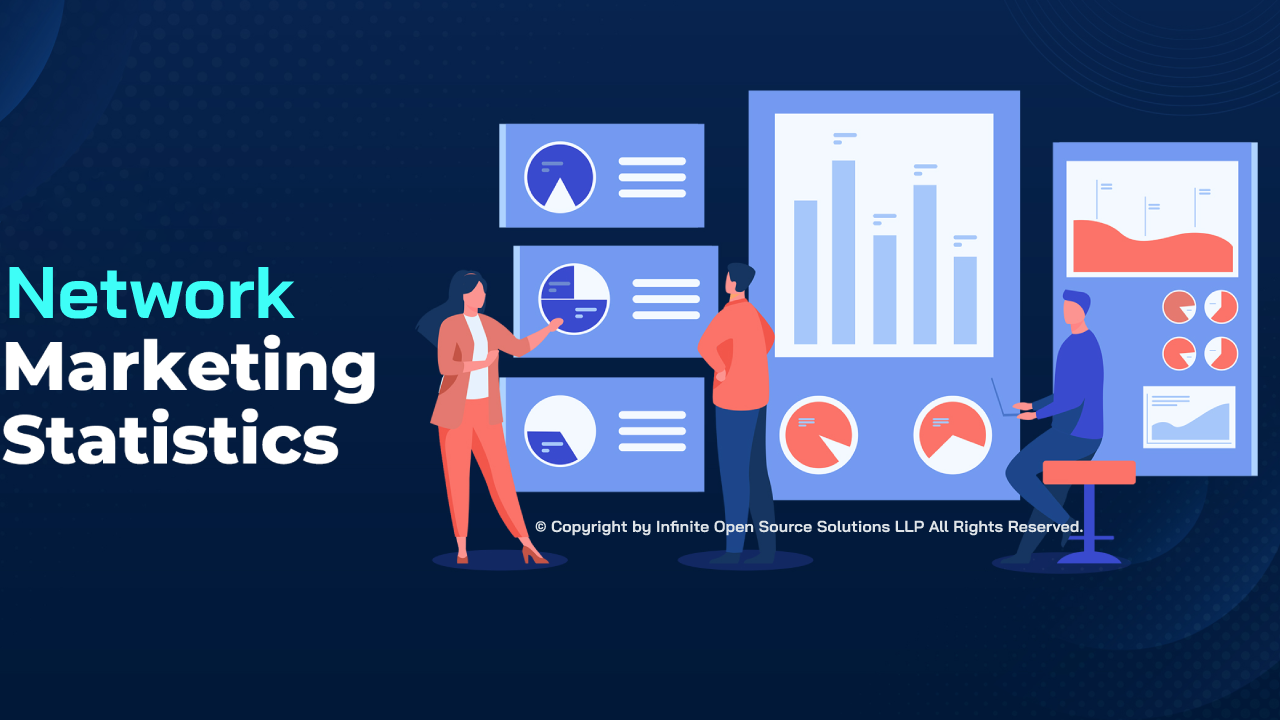 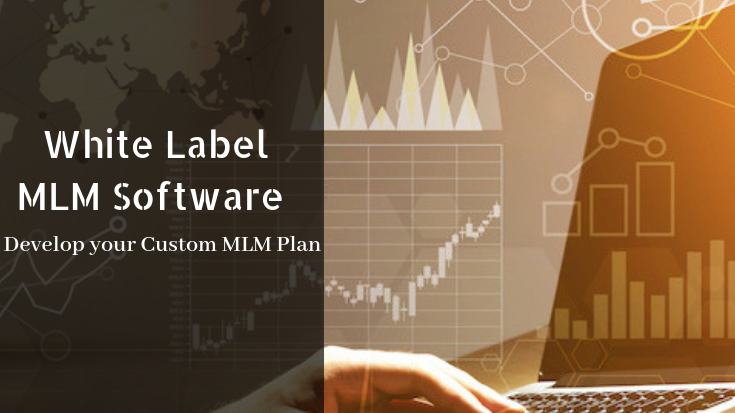 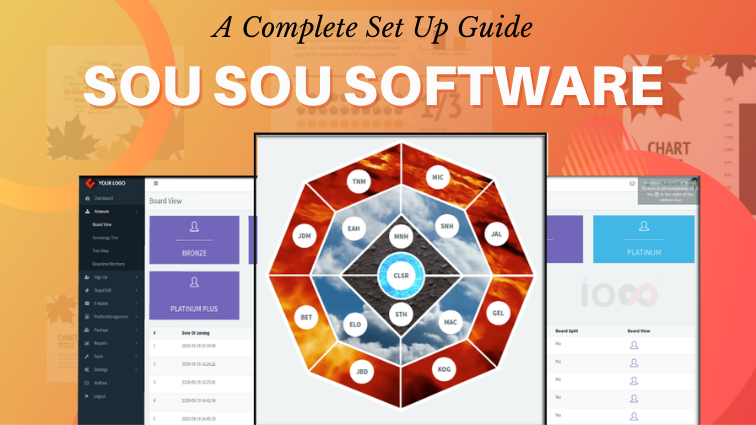 Build Your Own CRM MLM Software

Eric Worre was my mentor in my early days. He is really an ideal mentor. His story has motivated me and many network marketing seekers. Today I saw his motivational mlm story here in the top list. I must say other peoples stories are also the prefect example of motivational.