This is also a graphical representation of the members of the system based on the referrals. The first level consists of the sponsor and the next level is his/her referrals and the chain continues to the next level.

How to view  Sponsor Tree ? 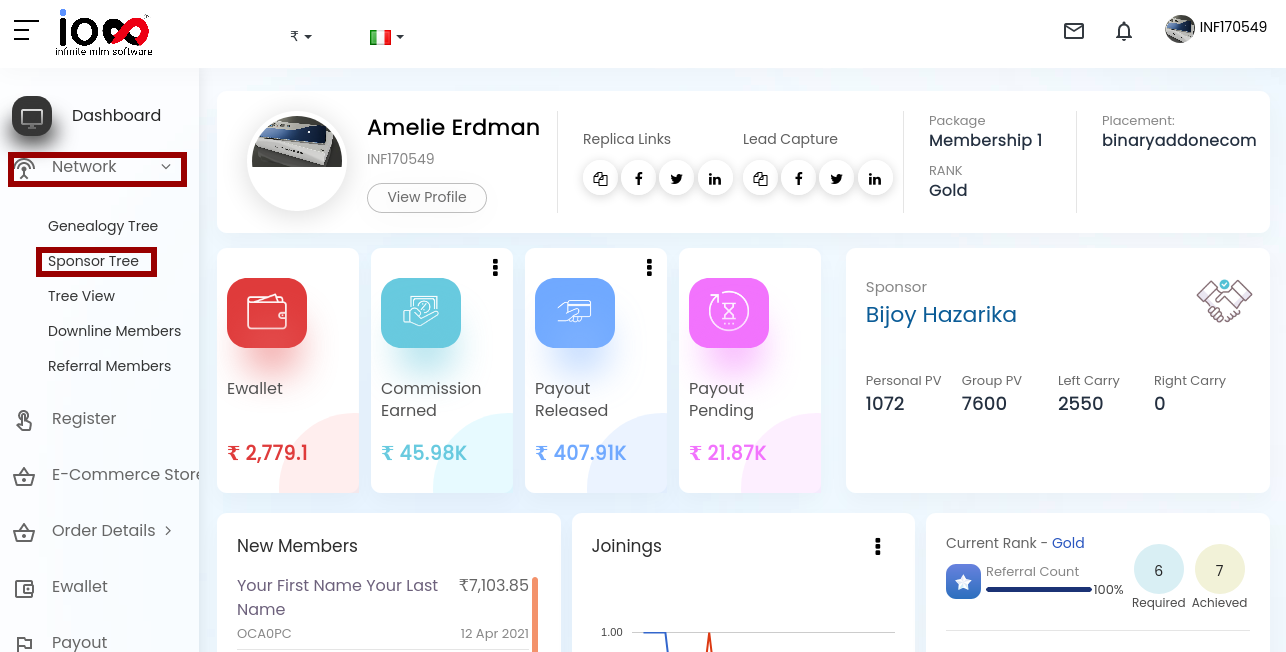 How to easily find a sponsor and his downline in the tree?

Enter the username of the sponsor and easily get directed to the branch of the tree which shows a particular sponsor and his downlines . 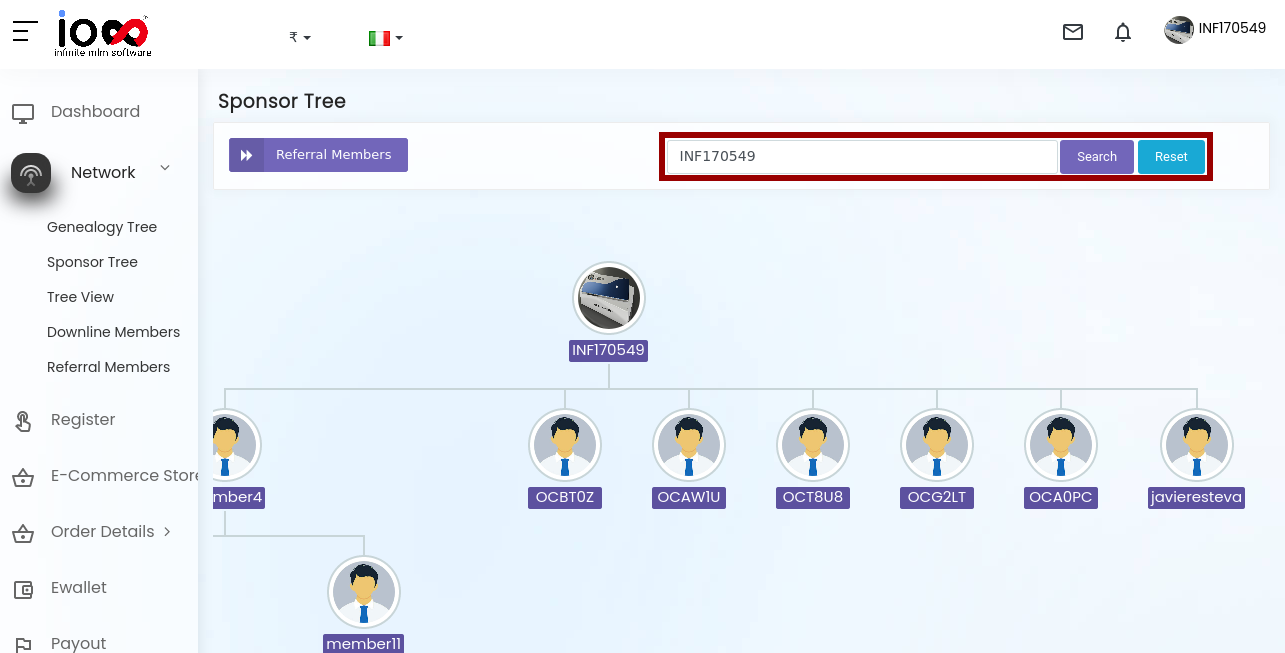 How to view members  with respect to their sponsors  ?

STEP 1 – Click on the Referral Members marked in red square as shown in the below screenshot. 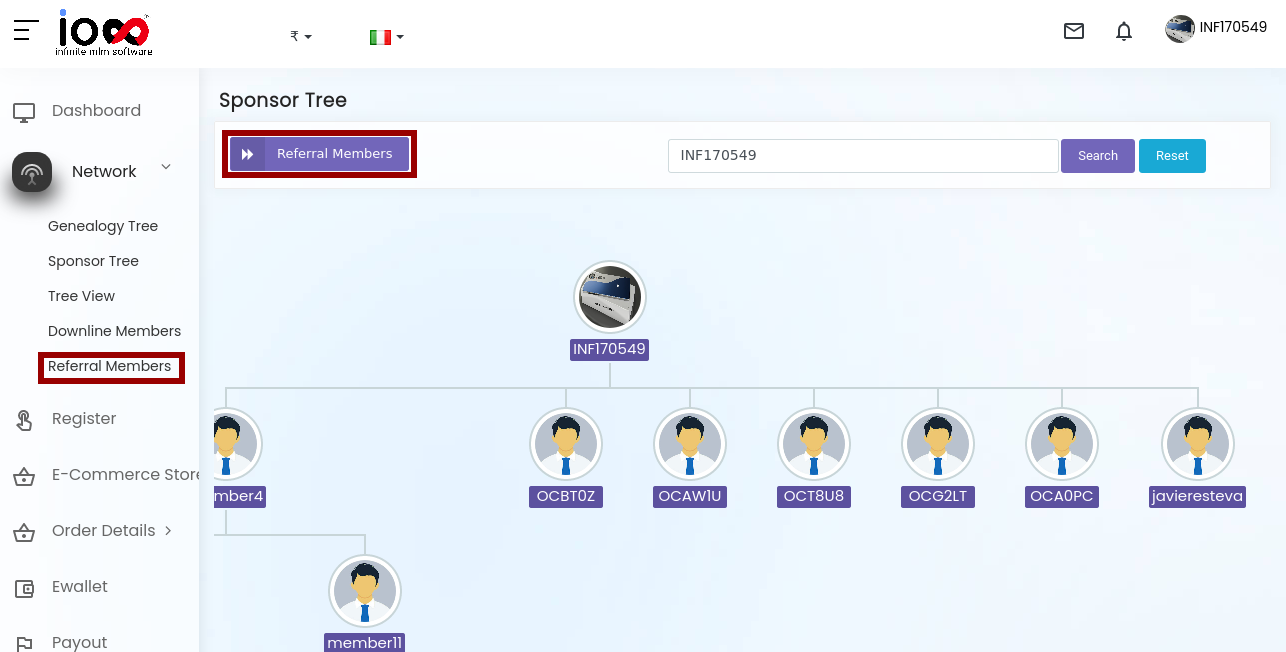 Now look at the below screenshot. Here, the downline users are listed based on the sponsor  and the level. You can view a specific user’s sponsor.  It also displays the total referral downline and total level count. Click on the icon marked in red square under the action field as shown in the below screenshot to view the sponsor. 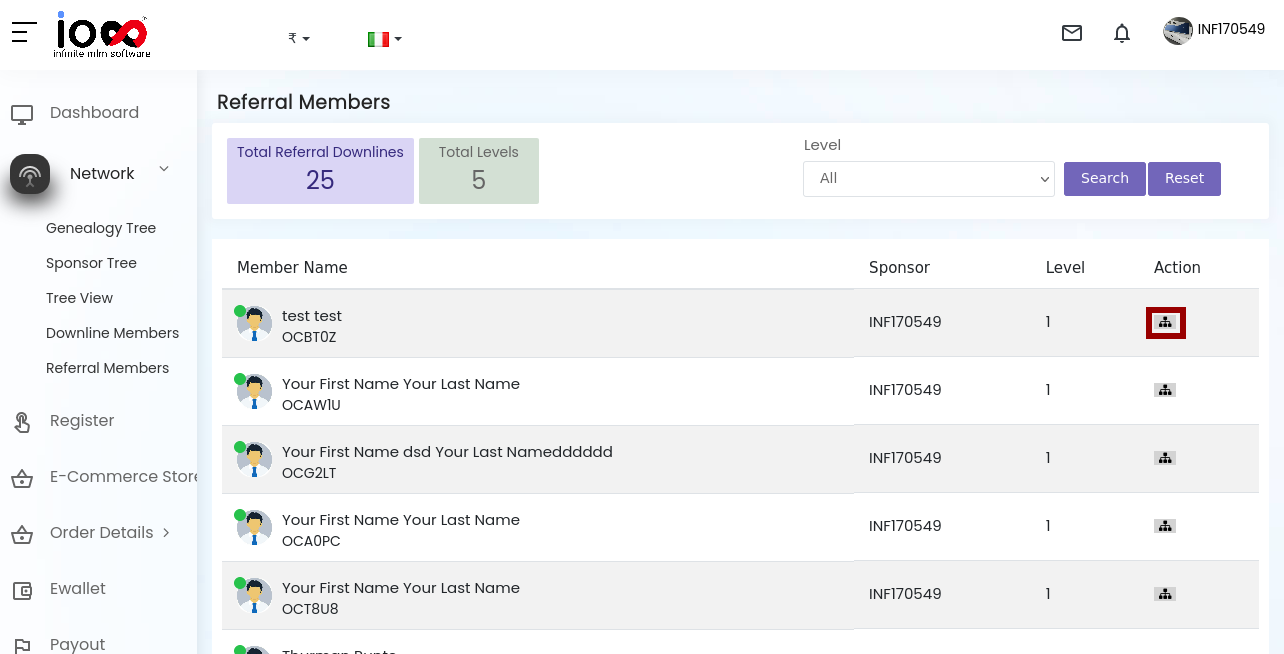